Awametox Consulting, started in 2010, is a firm owned by Alf Claesson, who lives in Rönninge outside Stockholm, Sweden. The business provides consultation in chemical toxicology.

Alf Claesson, Ph. D. and Associate Professor, has more than 27 years of experience working in medicinal chemistry within the drug industry. His roles have been both in line management, as a team leader and as section head, and in pursuing a scientific career. When retiring in 2010 he was Principal Scientist with AstraZeneca, Department of Medicinal Chemistry in Södertälje, Sweden. His latest therapeutic area was analgesia where he became an expert on potential therapeutic drug targets. In the 1980-ies he worked in the antibacterial field aiming at new therapeutics against gram-negative bacteria which would target carbohydrate synthesis in the cell wall.

During 2008-2010 he was specializing in chemical toxicology within AstraZeneca with a mission to improve the awareness/avoidance of RMs among medicinal chemists globally. In this role he was a member of the AstraZeneca Reactive Metabolite Strategy Group.

Alf received his Ph.D. in organic pharmaceutical chemistry from Uppsala University, School of Pharmacy. He has published 80+ scientific articles in the areas of medicinal chemistry, organic chemistry, pheromones, and analgesia. For a few samples go here. Both in his role as scientist working in the industry and as an academic teacher he has given numerous lectures and courses for students and for coworkers. 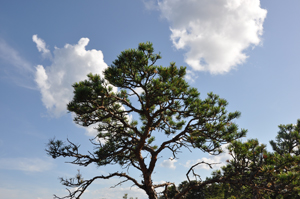 Dr. Alf Claesson, Managing Director of Awametox Consulting, will be happy to discuss your needs!